Check out the top photos from the Washington Redskins' Week 17 matchup against the Dallas Cowboys on Sunday, Dec. 28, 2014, at FedExField in Landover, Md.

A list of stats and notes from the Washington Redskins' 44-17 loss to the Dallas Cowboys at FedExField, *

presented by BDO by the Numbers*, as compiled by Redskins Public Relations.
*

"Redskins-Cowboys Monday Stats Pack" is presented by BDO by the Numbers. People who know, know BDO. 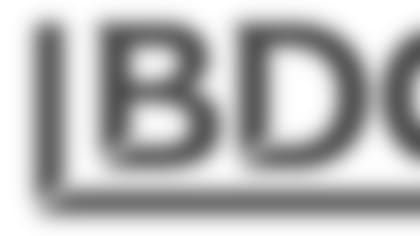 Wide receiver DeSean Jackson caught two passes for 86 yards, giving him a team high in receiving yards (1,169) on 56 receptions this season. Jackson's 1,169 yards this season are the 15th most in a season in Redskins history. * Jackson becomes the first player in team history to post 1,100 receiving yards on fewer than 60 receptions. He is the first NFL player to accomplish the feat since Vincent Jackson in 2011. * Jackson finished the season with an average of 20.9 yards per reception, the fifth-best mark in team history. * Pending the results of Sunday's games, Jackson could become the first member of the Redskins to finish a season as the NFL leader in yards per reception since Henry Ellard (19.5 in 1996). He would be the fourth in team history to accomplish the feat (Ellard in 1996, Jim Podoley in 1957 and Hugh Taylor in 1950). * Jackson posted the ninth season in team history with at least 20.0 yards per reception, joining Hugh Taylor (1950, 1952, 1953), Charlie Brown (1982), Bill Anderson (1959), Bobby Mitchell (1963), Jim Podoley (1957) and Clint Didier (1986). * Jackson scored on a 69-yard touchdown reception from Robert Griffin III on his first reception of the game on the team's first drive. * The opening drive touchdown was the Redskins' second of the season and their eighth opening drive resulting in points this season. The eight opening drives culminating in points this season are the Redskins' most in records available dating back to 1995. * The touchdown was Jackson's fourth of the season of 50 yards or more, the most by a member since Santana Moss in 2005. * The touchdown of 50-plus yards was Jackson's 21st of his career, tied with Ken Burrough and Devin Hester for the sixth-most total touchdowns of 50-plus yards in the NFL since the 1970 merger. * Jackson's 21 total touchdowns of 50-plus yards or more are the most in the NFL since he entered the league in 2008. No other NFL player entered Sunday with more than 14. * The touchdown reception was Jackson's longest since an 81-yard touchdown at Philadelphia in Week 3. * Jackson enters Sunday evening leading the NFL in 50-yard receptions this season (eight). His 30 receptions of 50-plus yards since 2008 are the most in the NFL in that time frame. * With the first quarter touchdown pass, Griffin III joined Sammy Baugh, Sonny Jurgensen, Joe Theismann, Billy Kilmer, Mark Rypien, Eddie LeBaron, Jason Campbell, Gus Frerotte and Norm Snead as the only players to throw at least 40 career touchdowns as a member of the Redskins. * With the touchdown, Griffin III moved past Schroeder for sole possession of 10th most in team history. * The pass was the second-longest of in the career of Griffin III and his longest since his first touchdown pass of his career – an 88-yarder to Pierre Garçon in Week 1 of the 2012 season. * Running back Alfred Morris gained 43 yards on 12 carries to finish the season with 1,074 rushing yards on 265 carries. Morris' rushing totals in each of the past three seasons now account for three of the top 22 rushing seasons in team history. * With the effort on Sunday, Morris (3,962) passed Earnest Byner (3,950) for sixth-most rushing yards in team history. * Morris' 3,962 career yards are the 13th most by any NFL player in his first three NFL seasons, trailing only Eric Dickerson (5,147), Earl Campbell (5,081), Jamal Lewis (4,757), Chris Johnson (4,598), LaDainian Tomlinson (4,564), Adrian Peterson (4,484), Clinton Portis (4,414), Terrell Davis (4,405), Ottis Anderson (4,333), Barry Sanders (4,322), Emmitt Smith (4,213) and Eddie George (4,061). * Morris caught two passes for 19 yards, finishing the year with career highs in receptions (17) and receiving yards (155). * Garçon recorded a 47-yard reception in the third quarter, his longest since a 70-yard touchdown reception vs. Tennessee in Week 7. * Tight end Jordan Reed tied a season high with nine receptions for 70 yards. With the nine catches, Reed finished the year with 50 receptions, surpassing his previous career high of 45 receptions set last season. * Ten different receivers caught passes for the Redskins for the second time this season (10 at New York in Week 15).

Here's an exclusive look from the Washington Redskins' sideline during their Week 17 game against the Dallas Cowboys. 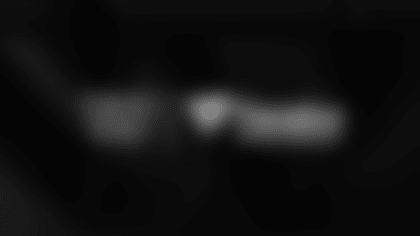