Welcome to Hail Mail, Week 6, where Redskins.com's Brian Tinsman answers your questions ahead of the team's divisional clash with the Dallas Cowboys at AT&T Stadium. Need an answer? Tweet @Redskins, #HailMail.

What do you want to know?

Question: #HailMail Is Rob Jackson expexted to start after coming off suspension?

Answer: In a rivalry where anything can happen, few things are as certain not to occur as Rob Jackson starting in his first week back from suspension.

That's not a knock on Jackson--he's a very talented player and the Redskins re-signed him this offseason even as news of his four-game suspension was known. Last year was a breakout year for the outside linebacker and he had some of his best performances against the Dallas Cowboys, including a game-winning interception in Week 17.

But Rob Jackson has had exactly three regular season practices since January. He went through offseason workouts, training camp and a full preseason slate, and then he has been unable to practice with teammates for a month.

Unlike Jarvis Jenkins and most suspended players, Jackson actually had the benefit of being permitted to be around the facilities while he was under suspension. That does not mean that there will not be a degree of rust to overcome before being in midseason form.

Jackson is a valuable contributor to defense and special teams, but he sits behind Brian Orakpo on the team's depth chart, and that's likely where he will stay barring injury. The Redskins are lucky to have a pair of veteran reserve outside linebackers with Jackson and Darryl Tapp, but they are role players in this defense.

Head coach Mike Shanahan said that both Jackson and Jenkins will be evaluated through Saturday's walk-through to determine if they can contribute to the team's gameplan on Sunday. Shanahan acknowledged that Jackson was sharp thanks to his time around the facility, but if either player is not 100 percent, they will be deactivated ahead of the team's Week 6 matchup.

Question: #hailmail what has the team done during the by week to ensure a win Sunday night #HTTR 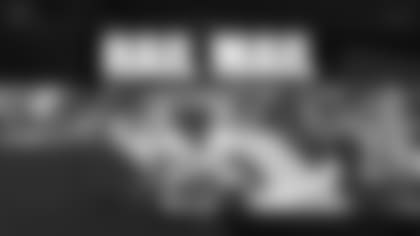 This week, Washington fans asked about the running game, the offensive philosophy and the team's uniforms.

Last week was tough, but the Washington Commanders have another opportunity to get back on track against the Philadelphia Eagles. Here are the things Commanders fans want to know this week.

The energy was high in the stands and the mood was light in the locker room after the 28-22 victory, but the time for celebrating last week's success is over. Now, the Commanders need to shift their attention towards the Detroit Lions in Week 2.

The 2022 season in finally upon us. Here's what Commanders fans want to know this week.

We're getting ready to wrap up the Commanders' final preseason game. Here's what Commanders fans want to know this week.

Week 3 of the Washington Commanders' training camp is in full swing. Here's what Commanders fans want to know this week.

Washington's virtual offseason program recently wrapped up, and the scheduled start of training camp is only about a month away. Here's what Redskins fans want to know:

The Redskins are nearing the end of the virtual offseason program, and players and coaches have spoken on the team's progress. Here's what Redskins fans want to know.

The Redskins are still in the midst of virtual offseason workouts to prepare for the 2020 season. Here's what fans wanted to know.

As the offense and defense start to take form, the focus shifts to how players will fit in each role and when players will return to Redskins Park.

#HailMail: Looking Ahead To The 2020 Season

Head Coach Ron Rivera held his first team-wide meeting on Monday to set his goals and expectations for 2020 and beyond.