Welcome to Hail Mail, Week 12, where Redskins.com's mustache'd Brian Tinsman answers your questions ahead of the division battle with the San Francisco at FedExField. Need an answer? Tweet @Redskins, #HailMail.

What do you want to know?

Question: @Redskins #HailMail realistically, what do you think the chances are of making the playoffs? 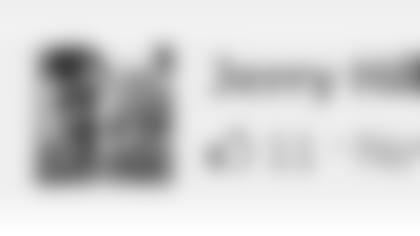 Answer: There are a number of reasons why Santana Moss hasn't gotten an extended look at punt returner this season, not the least of which is age.

Returning punts in today's NFL is traditionally considered a young man's game, where talented receivers, running backs and defensive backs cut their teeth in the NFL.

It was once a position that Moss dominated, and is likely a position he could still handle sparingly today.Once upon a time, he was one of the NFL's best, returning two punts for touchdowns as a member of the New York Jets in 2002.

The last time Moss returned punts full-time was in 2004, the year before he was traded to Washington. As a member of the Redskins, he was the top offensive weapon and therefore a protected commodity.

Given the value he brings to the offense, particularly with the season-ending injury to Leonard Hankerson, the Redskins cannot afford to lose Moss due to a special teams injury.

Not to say that it would definitely happen, or couldn't happen on offense, but it's an educated risk the Redskins are not inclined to take.

The prototypical punt returner is a small shifty guy capable of avoiding contact and weaving through traffic. Nick Williams grew up idolizing Santana Moss and has worked closely with No. 89 since arriving in the offseason.

Williams had a rough start to his NFL career that makes his leash shorter moving forward. The Redskins coaching staff believes he is the right man for the job and so does Santana Moss.

If he can't, there is still a chance we could see Moss back deep to receive. With any luck, that will not be necessary.

Question: @Redskins Why is shanahan refusing to play reed and Davis at the same time. Those two tight ends will help out offense a lot. #HailMail 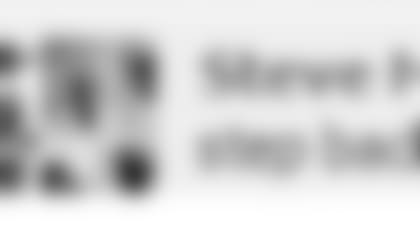 Answer: Once upon a time (not that long ago), the best passing offenses were the ones that could drop back on a seven-step drop and sling the ball 50 yards downfield. Those places still exist, but they are increasingly harder to find.

And Washington is not one of those teams.

When you look back at the team's best period of success last season, this is an offense that operated best in motion and/or with the use of deception. Pass blocking is more difficult than run blocking and the Redskins offensive linemen are not built to operate in a phone booth. The clock for Robert Griffin III in the pocket is understandably shorter than most of his counterparts.

The automatic response to this would suggest that this is a shortcoming of this offense, but it's actually one that suits this squad. Shanahan prefers smaller, more athletic linemen to operate the zone blocking scheme in the run game.

Success in the run game allows for play-action, bootleg and misdirection plays that can open up big plays in the passing game. That's how the Redskins got the majority of their deep passing game last season.

Even in situations where the Redskins don't use trickery, they still have a quarterback that is able to escape the pass rush and keep the play alive longer.

To help him, the Redskins have assembled one of the fastest receiving corps in the NFL, with playmakers like Pierre Garcon, Aldrick Robinson and Santana Moss that can get open downfield, or break out of routes in a hurry.

For a number of reasons, the Redskins have struggled to get receivers open and get on the same page with Griffin III this season. There have been times when Griffin III has missed the open target, either under duress or progression.

The solution to this problem is a coordinated effort to improve protection, improve routes and speed up progression recognition. The passing game isn't way off from success, but it is off just enough to yield frustrating results.

Unfortunately, the answer is not to switch to five- and seven-step drops. Offensive coordinator Kyle Shanahan has said in the past that such plays are virtually non-existent in the playbook because they take too long to develop.

The key to executing the offense as the gameplan is drawn up is to exstablish the running game and get in a rhythm in the passing game during the opening quarter of the game. If they are able to accomplish that, there's no reason this offense cannot be elite once again.

This article has been reproduced in a new format and may be missing content or contain faulty links. Please use the Contact Us link in our site footer to report an issue.

This week, Washington fans asked about the running game, the offensive philosophy and the team's uniforms.

Last week was tough, but the Washington Commanders have another opportunity to get back on track against the Philadelphia Eagles. Here are the things Commanders fans want to know this week.

The energy was high in the stands and the mood was light in the locker room after the 28-22 victory, but the time for celebrating last week's success is over. Now, the Commanders need to shift their attention towards the Detroit Lions in Week 2.

The 2022 season in finally upon us. Here's what Commanders fans want to know this week.

We're getting ready to wrap up the Commanders' final preseason game. Here's what Commanders fans want to know this week.

Week 3 of the Washington Commanders' training camp is in full swing. Here's what Commanders fans want to know this week.

Washington's virtual offseason program recently wrapped up, and the scheduled start of training camp is only about a month away. Here's what Redskins fans want to know:

The Redskins are nearing the end of the virtual offseason program, and players and coaches have spoken on the team's progress. Here's what Redskins fans want to know.

The Redskins are still in the midst of virtual offseason workouts to prepare for the 2020 season. Here's what fans wanted to know.

As the offense and defense start to take form, the focus shifts to how players will fit in each role and when players will return to Redskins Park.

#HailMail: Looking Ahead To The 2020 Season

Head Coach Ron Rivera held his first team-wide meeting on Monday to set his goals and expectations for 2020 and beyond.